The television studio gets space to optimise the co-ordinated online/on-site image and the fiction/non-fiction mix created to represent the new experience of gaming offered. This space makes it possible to enhance the central elements around which the narrative of the format revolves – the actual gaming table which occupies the central set, and the image of the online gaming table, which surrounds and occupies the centre of the space on various large set monitors that are completed in a modern, technological environment – on black with gilt tones. The setting is contemporary, with mirrored flooring which reflects the dancing lights and warm colours. We’re inside Italy’s first online casino and the simulation aims to transmit a new way of experiencing the gaming establishment for players and TV viewers, which can be accessed immediately by means of clicking on the remote control, computer, tablet or any other mobile device.
The rhythm/suspense analysis which typifies the format represents the main element of the service, the game, as a physical and virtual experience. An expert will reveal the secrets of the game through highly advanced technology on set – a 55’ touch screen used by Ennio Canale to outline the tactics of online gaming will introduce and explain the statistics within an elevated terminal closed above by the second significant set monitor. Online players will be selected on the basis of national casting that favours different types of players – each with their own story and experiences to relate during transmission.

As the third element on set, the expert represents the authoritative profile of responsible gaming habits. Interaction online and with the viewing public is a fundamental element in new gaming productions. By using the telephone, social networks and gaming chatrooms the public will be able to intervene in studio action as a protagonist by participating in the various phases of play, and by playing directly with the presenters, the expert, hosts and players. 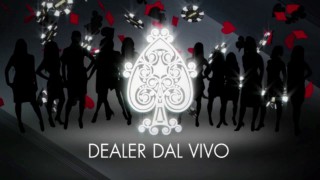 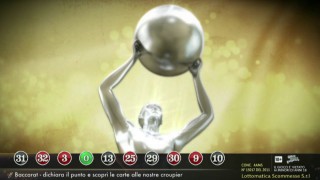